I’ve been reading about immigration, today. I read about some irritatingly anti-american policies of our government and was then led to other areas where our gov is acting against our best interests. I was going to make a post with links, but I realised I can’t possibly do more than scratch the surface, so I decided to just write about it, generally.

The obvious aim of  “they” or “TPTB” is to erase national borders and reduce everybody, except themselves, of course, to the global mean. This is not a popular opinion outside the corridors of power, they cannot do it to us voluntarily, so they do it in a round about way. They erase borders in different economic and social areas one at a time, free trade, immigration reform, refugee resettlement, Social Security Totalization, various economic and political agreements to numerous to list all drawing the US into closer cooperation with the world until there won’t be any meaningful borders. For every move we counter, two more are successful. Every time they’re successful, our ability to counter is weakened.

The supposed opposition is confused, free trade and “bringing jobs back” are mutually exclusive. Under free trade, the jobs go where the wages are lowest, they aren’t coming back to the US until our wages are equal to third world wages (why are third world wages so low?) Free trade and border security are also opposing ideas, free trade means no impediment to the free flow of goods and labor. The idea that workers who’s jobs are off shored will move into other industries is stupid, we don’t need any more unemployed job seekers, we have over 18,ooo,ooo according to BLS. Supply and demand tells us that more people competing for jobs lowers wages, but, hey, if they come down enough, manufacturers will move their Asian sweatshops here, assuming we still have enough economic activity to buy anything.

There is no real resistance to globalisation, they control the conversation, they define the terms, they act and we react. At the moment, our fight is with words, soon, that won’t be an option, but I don’t think a Red Dawn style patriots vs government fight is likely. I think multiple factions, domestic and foreign, fighting each other against a backdrop of serious economic hardship, in other words, chaos. It is the end of the US, whether it will be the end of America, I don’t know.

Yes, that was a prediction. 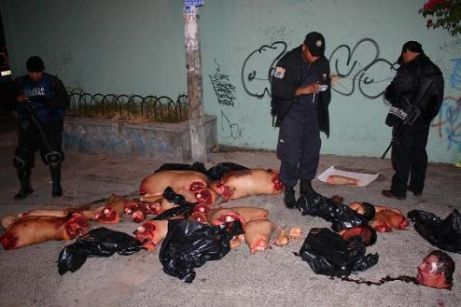 It will be bad.