Its been said  that the Constitution didn’t fail us, we failed it.

All governments are an experiment, none have been proven. Our current experiment, based on the enlightenment, the same zeitgeist that beget communism and libertarianism, seems to be winding down into endless debate on economic theory.The debates on morals and culture, the proper size and scope of government, what rights we have (even what a right is), have been lost to “liberals”, “progressives”, “communists”, whatever we call them now.

Conservatives like to think this is still a Christian country with a Christian value for family. Yet the schools continue to decline, abortion continues to be legal, half of marriages end in divorce and Islam and various other groups are gaining numbers while Christians are lambasted if they so much as point to the sky at a track meet. Christianity has no more relevance now than Islam or Wicca, all have to be equally respected. When there’s no moral absolute, gay “marriage” is a foregone conclusion and polygamy is waiting in the wings, how can you resist? Wicca says its cool.

“I disagree with what you say, but I will defend to the death your right to say it.”  Really, Christian? You’ll fight to the death for Planned Parenthood’s pro gay propaganda in your kid’s school? Or anything coming out of Hollywood? How about a muslim’s right to proselytize your kids? How about an atheist’s? While I’m sure the authors never conceived “freedom of religion” to include satanism, the fact is that today it does. This is relativism, no thing is better than another. How do you intend to promote Christian values if you won’t promote Christianity over all alternatives. If you agree with Voltaire’s quote, you are a relativist. Who else could rationalise laying down their life to defend their own destruction?

The Constitution was written during the heady days of the French Revolution when even intelligent, otherwise Godly men were swept towards towards humanism and away from Almighty God by the excitement of Change. The document is based on an idea of a rational, independent man who can secure his own blessings with no need of God,

“We the People of the United States, in Order to form a more perfect Union, establish Justice, insure domestic Tranquility, provide for the common defence,  promote the general Welfare, and secure the Blessings of Liberty to ourselves and our Posterity, do ordain and establish this Constitution for the United States of America.”

We the People..secure the blessings of Liberty.

“Man conceals under the name of liberty his hunger for sovereignty.” Don Colacho

“17 Every good gift and every perfect gift is from above, and cometh down from the Father of lights, with whom is no variableness, neither shadow of turning.” James 1:17

I think its time for a new experiment. 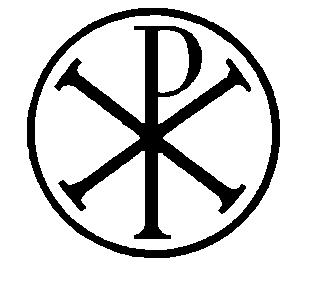 3 thoughts on “Are You A Relativist ?”